Ira began his musical instruction at the age of 16. He started playing with various rock bands including Thrill Hammer, the Buzz Meade Band, and Already Taken. His musical experience was expanded when he joined the St. Philips Gospel Choir as the lead guitarist and a college jazz band as a rhythm guitarist.

Ira pursued his interest in classical guitar during college and received a Bachelor of Arts in Music Theory and Composition in 2005. He earned his Masters in Guitar Performance in 2012 with Javier Calderon and has studied classical guitar with Dr. Larry McDonald at the Waukesha Conservatory of Music. He has also studied with Rene Izquerdo and has attended guitar workshops by Pam Kimmel, Paul Henry, and Denis Azabagic. Ira has also been leading worship since 2010 at Hope Church in Oconomowoc (hopeinjesus.org). 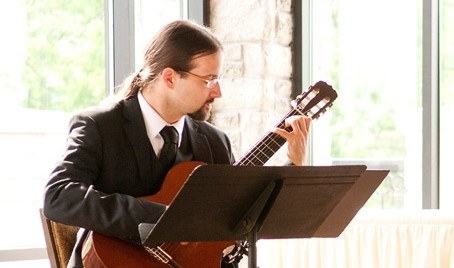